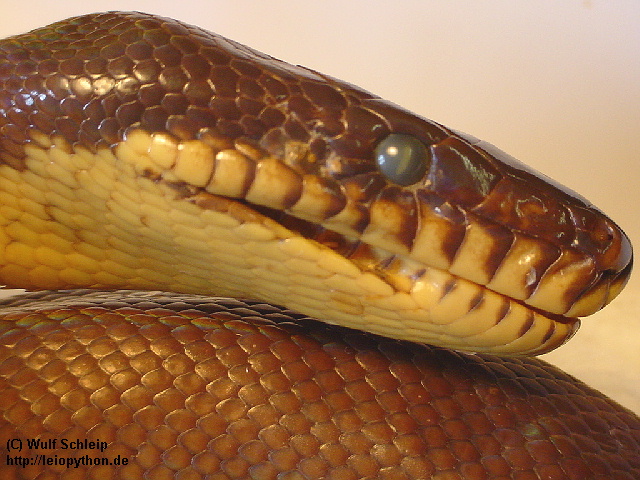 Description of the holotype

Total length about 1,620 mm; 13/13 supralabials, first and second pitted, fifth and sixth entering the orbit, having a lateral depression; 17/17 infralabials with 8–13 pitted; single loreal and preocular; 3/3 postoculars; 1/1 subocular separating the seventh supralabial from the orbit; single pair of prefrontals; two pairs of parietals, anterior ones larger and in median contact, but do not meet the postoculars, posterior ones elongate and separated by an elongate interparietal at the median; two smaller interparietals bordering anterior parietals posteriorly and the elongate interparietal anteriorly; dorsal midbody scale rows 50; ventrals 266; single anal scale; subcaudals 65, mostly paired. Parker (1982) did not explicitly mention the coloration of live specimens from Karimui, but according to D. G. Barker (pers. comm.), these specimens are very dark in color. 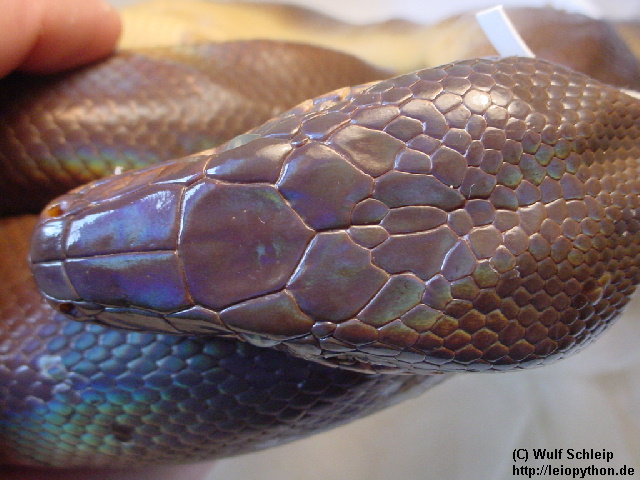 This species was named in honor of the collector of the specimens, Fred Parker.

In some specimens, the posterior parietal scales were fused at the median line. Additionally, two specimens also had enlarged temporals, laterally bordering both, the anterior and posterior parietal scales. Three specimens had only two supralabials entering the eye, but with a subocular separating the eighth supralabial from the eye. Further three specimens with only two supralabials entering the eye on one side. A specimen from the Bomai Tive Plateau showed two loreal scales on one side, and one very large loreal on the other side. Additionally, a small scale laterally bordering the prefrontal and the two loreal scales were present.