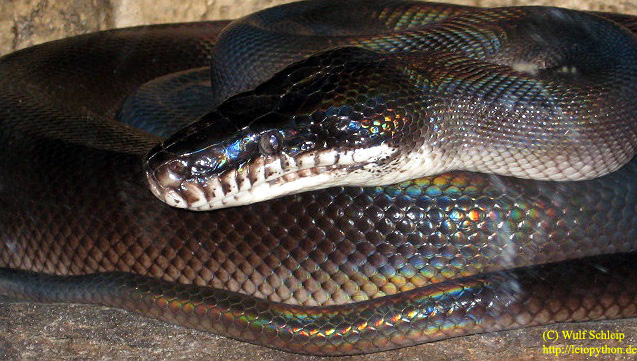 Description of the holotype

The specific name meridionalis derives from the Latin word for 'southern' and refers to the southern distribution of this White-lipped python.

Variation in morphological characters was found in several specimens and included the presence of suboculars, the number of supralabials entering the eye, as well as the number of postoculars. Furthermore, specimens from the Western Province showed significantly higher average subcaudal scale counts and higher average number of infralabials than found in populations from the Central and Milne Bay Provinces. In two specimens, one from Kokoda and the other one from Garaina (both in the Highlands of the Owen Stanley Range) two pairs of parietals were present (for the latter see also McDowell, 1975). In the Kokoda specimen, the anterior parietal scales were also separated along the median line by three small interparietals. Furthermore, the Kokoda specimen showed an unusual head color, perhaps caused by preservation. Moreover, this specimen also had several black markings on the genial scales of the throat, only seen in one other specimen examined from Popondetta. Future research is needed on these populations! A single specimen from Timika, southwest Papua, as well as a number of live specimens exported for pet trade from Indonesia (examined by the author) as the so-called black race White-Lipped Python showed two pairs of parietals, not seen in specimens of L. meridionalis from PNG and Merauke. The whitish spot found in L. albertisii was absent in all specimens of L. meridionalis examined. 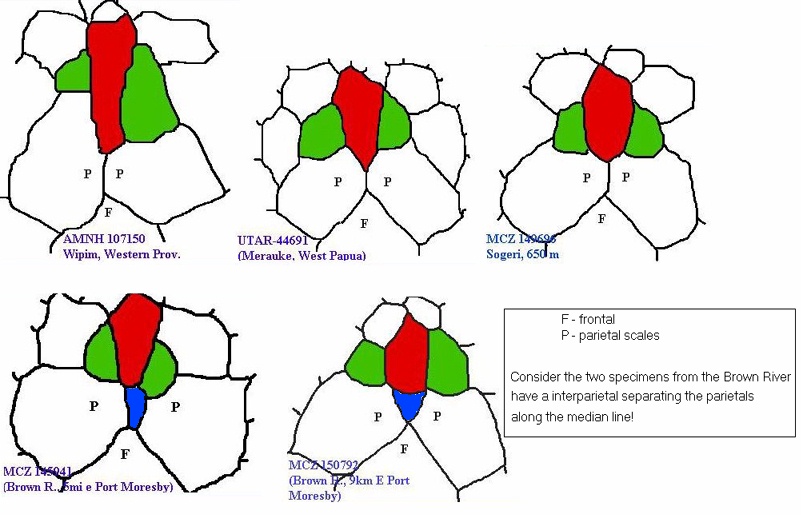